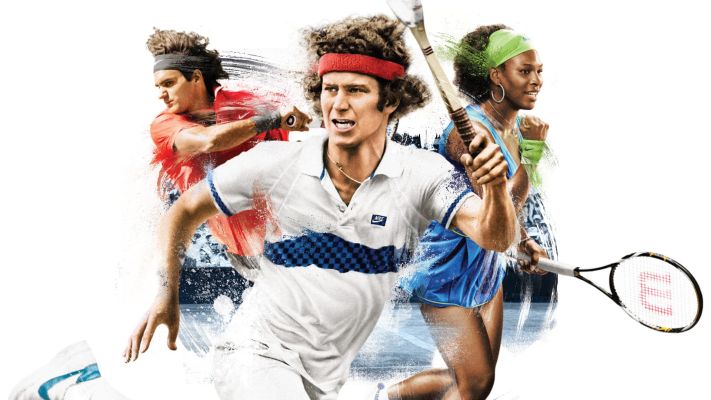 EA SPORTS Grand Slam Tennis puts the racket in the palm of your hand and offers the deepest tennis experience ever for the Wii. Take your customized created player on a quest to win the four slams.

For added depth and complexity, take your created player on the journey to win the four Grand Slam tournaments. Only a select group of pros have completed the elusive Grand Slam and now for the first time, gamers can take up the same challenge.

In your quest to win each Grand Slam, conquer the various challenges to accumulate more skills for your created player.

One of the first video games compatible with Wii MotionPlus, taking the authentic one-to-one motion to a new level. Spin your racket and control your in-game player with exact precision.

Connect with other players online for new opponents and challenges. More details to come!

Pick Up and Play

If you can swing a racket, you can start playing at any Grand Slam venue as your own created player or as one of the many licensed current stars and legends.

Swing the racket like a Grand Slam champion by performing real life tennis strokes as your actions are seen in-game.

(Read T&C)
There are no reviews for this product yet.